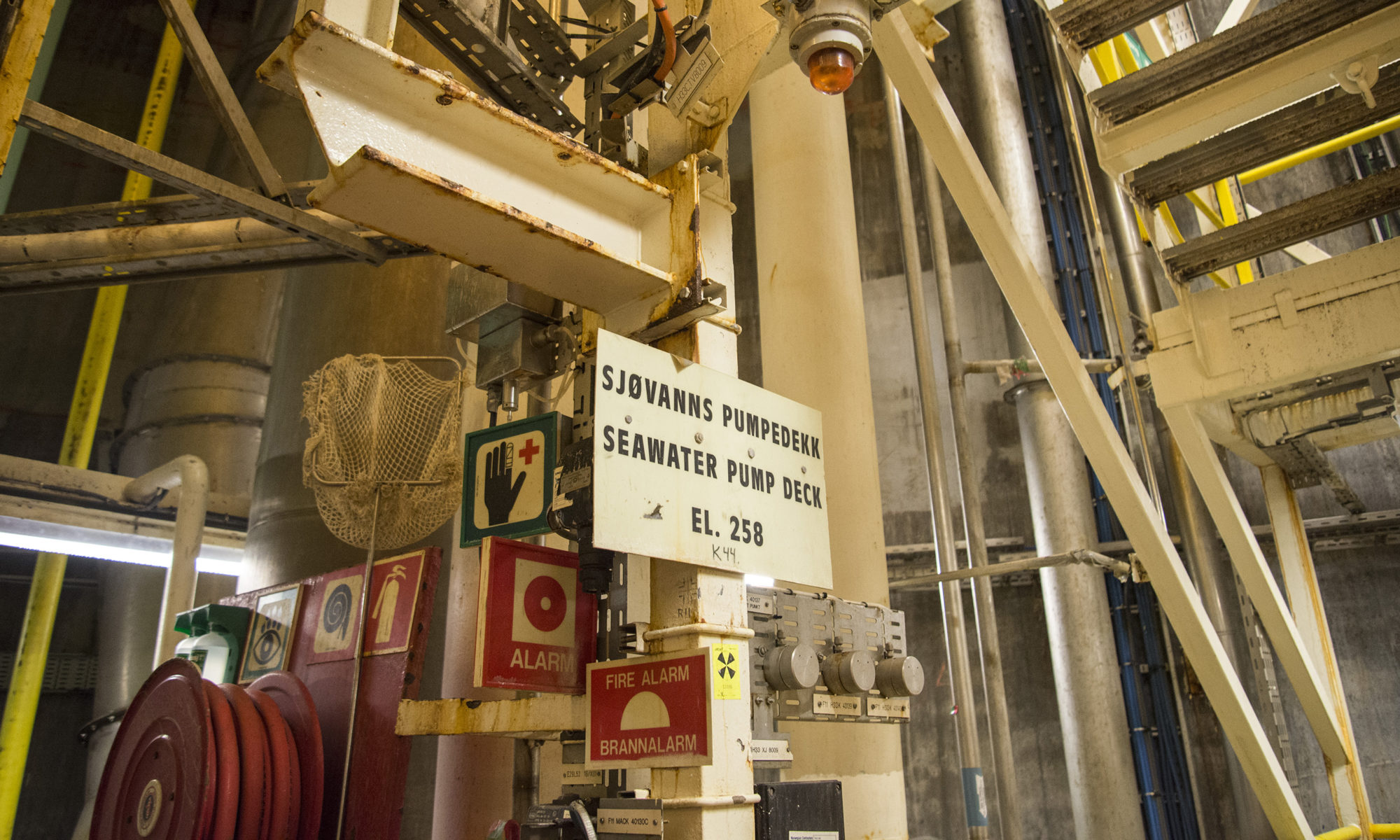 Amounting to 930 kilograms in 2012, this accounted for almost half the discharges of the most environmentally hazardous chemicals on the Norwegian continental shelf (NCS) that year. The 2013 figure was a little lower.

The NEA identified these spills – which were illegal because no discharge permit had been sought for a known volume of the chemical – during an inspection on Draugen. So environmentally hazardous was the lube oil involved that it was placed by the NEA in its “black” category, covering substances with a low level of biodegradability.

These also present a very high probability of bioaccumulation – which means that their toxins can build up in organisms – or acute toxicity. Even if only a small component in a substance is counted as a black chemical, that will be enough to place the whole product in this category.

Discharging black chemicals is basically illegal, but can be permitted if necessary on safety or technical grounds. But Shell held no such permit. The Shell Turbo T32 lube oil was used by a seawater pump in the concrete shaft which an internal risk assessment had identified as important for maintaining the shaft’s integrity. A leak in the pump was the source of the discharge, which had been going on since this unit became operational in 2008. It would have to be replaced or shut down to stop the spill.

Given that the pump was essential to stabilise the structure, the latter option was not feasible. Lube oil usage had been so high in 2012 because of a fault in the chiller, which was fixed.

Shell began work to replace the pump, but said this could not be done until 2016 – four years after the leak was found. Draugen could not stay on stream in the meantime without the lube oil.

The operator accordingly applied to the NEA on 19 July 2013 for a temporary permit to discharge the substance pursuant to the Norwegian Pollution Control Act.[REMOVE]Fotnote: Norwegian Environment Agency, 12 July 2013, “Refser Shell for ulovlig utslipp på Draugen”. Downloaded from  http://www.miljodirektoratet.no/no/Nyheter/Nyheter/2013/Juli-2013/Refser-Shell-for-ulovlig-utslipp-pa-Draugen/, 9 November 2017.

After due consideration, the NEA gave the requested permission for temporary discharge of Shell Turbo T32. It acknowledged that safety on Draugen would be weakened without the permit.

This ran until 31 December 2014, but the NEA emphasised in its confirmation letter that it would monitor the project to install a new pump without discharges to the sea.[REMOVE]Fotnote: Letter from the Norwegian Environment Agency to A/S Norske Shell of 6 February 2014, ref: Mdir1323.

Shell commissioned an environmental assessment of the discharge, which found that the main component in the lube oil was not toxic for marine organisms.
It also had a biodegradability greater than 20 per cent but a potential for bioaccumulation. The report concluded that the oil should be reclassified in the red category even if it contained black components.

For its part, the NEA took account of the big financial effect of a possible Draugen shutdown and felt that discharging the oil would not have an excessive environmental impact on marine life.
The Greenpeace environmental organisation expressed dissatisfaction with the temporary discharge permit:

If the equipment leaks, this leakage must be halted immediately and the oil collected. Permits cannot compensate for a lack of maintenance and barriers against discharges to the sea. Everything else is a breach of the law and should be punished accordingly.[REMOVE]Fotnote: Norwegian Environment Agency. (2013). Høringsuttalelse fra Greenpeace: utslipp av smøreolje i svart kategori på Draugen (2013/181). Downloaded from http://www.miljodirektoratet.no/no/Horinger/Soker-om-midlertidig-tillatelse-til-utslipp-av-smoreolje-i-svart-kategori-pa-Draugen-2013181/Greenpeace-utslipp-av-smoreolje-i-svart-kategori-pa-Draugen-2013181/, 9 November 2017.

The Norwegian Fishermen’s Association also responded to the NEA’s public consultation process. It recommended that no black-category discharges should be permitted and that Shell had to find another solution.
A decision of 16 March 2015 permitted Shell to operate the pump as normal until a new solution was in place. By then, the unit had ceased to be used and was afterwards replaced.