search
arrow_back
close
Skip to content
menu
close
Process
person Finn Harald Sandberg, Norwegian Petroleum Museum
The main job of the Draugen platform’s process plant is to convert the wellstream coming up from the reservoir from a blend of water, oil and gas to products which can be dealt with separately. 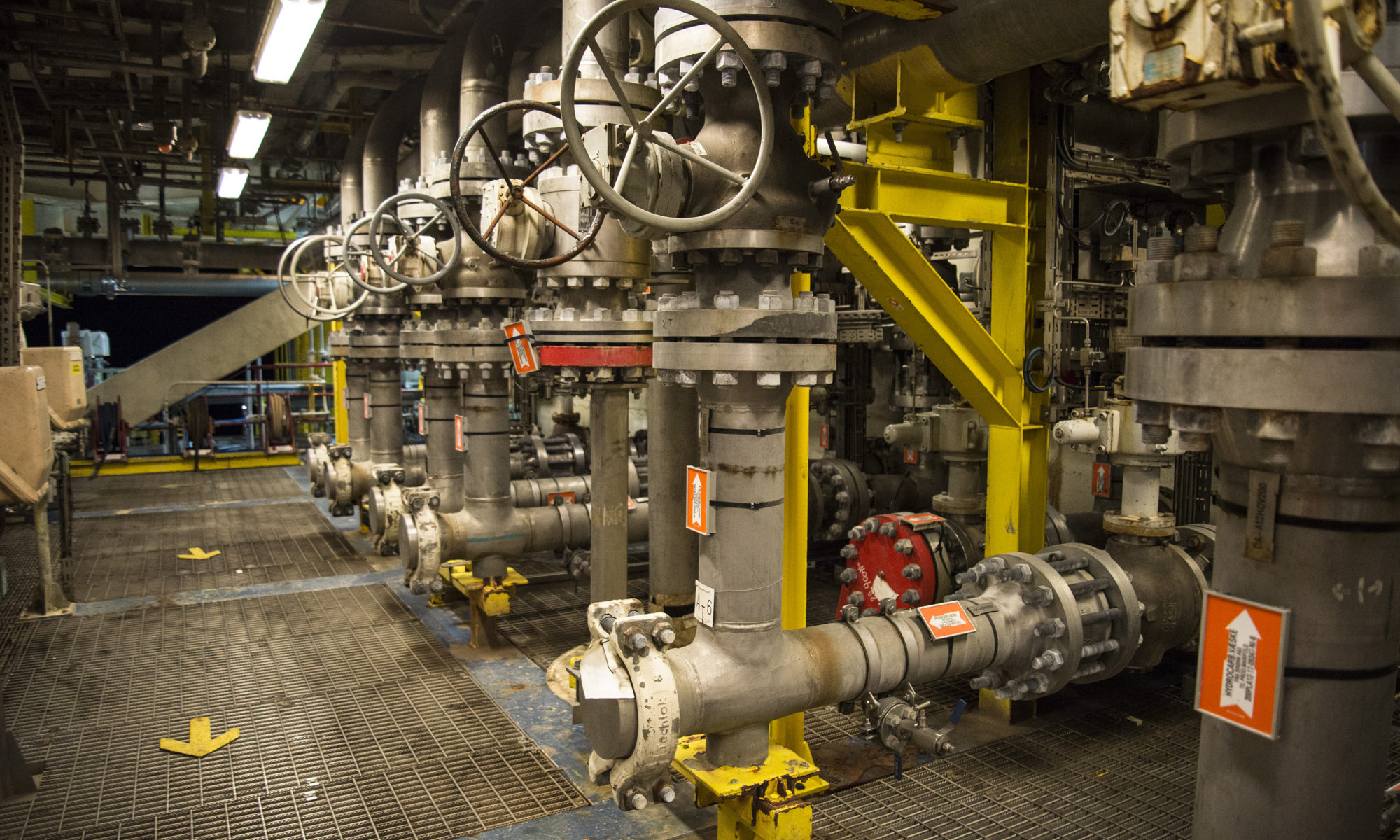 — The production, processing and export of oil and gas takes place in the process area of the platform. Photo: Shadé Barka Martins/Norwegian Petroleum Museum
© Norsk Oljemuseum

First-stage separation is the initial step. The wellstream temperature of more than 60°C and pressure of eight bar make separating oil and gas an easy job.

Because water is heavier than oil, this component can be drawn off at the base of the big separator tank. The fluid flow, containing much less gas and water, passes on to the next stage,

Known generally as produced water, the separated volume is discharged directly to the sea. Gas, as the lightest component, is drawn off from the top of the tank.

The original process plant on Draugen was designed to handle a wellstream of up to 135 000 barrels (21 500 standard cubic metres) per day, yielding about 90 000 barrels of oil.

Since condensate was considered to be of little value, the process was concentrated on splitting oil and gas into separate products. Virtually all the condensate remained in the gas stream.

A lot of water and gas are removed in first-stage separation, but more must be extracted before the oil has the right quality. On the way to the next stage, the temperature is raised to 70°C and pressure lowered to 0.6 bar.

More gas is stripped from the stream in this separator and piped away, leaving the oil free from virtually all unwanted components and ready for export.

It is held temporarily in the big storage cells which form part of the platform’s concrete gravity base structure, before being shipped away by shuttle tanker.

The gas removed from the second-stage separator is mixed with gas from the first stage, compressed to a pressure of 37 bar and cooled to 30°C. That removes even more of the water.

Some of the gas was used to fuel the platform’s generators, but most passed through yet another dewatering process. It was then compressed to 135 bar for injection into the separate Humus formation.

Water injection in the northern and southern parts of Draugen have helped to maintain pressure in the principal reservoir, and thereby improve oil recovery.

In practice, it turned out that a few simple upgradings would give the plant a daily throughput of more than 100 000 barrels of oil.

During the early production years, most of the gas was injected into Humus. The plans also envisaged a simple change to the process when a solution became available for gas export.

This was done in the late 1990s, and Draugen gas began being exported in 2000 through a tie-in to the Åsgard Transport pipeline system.