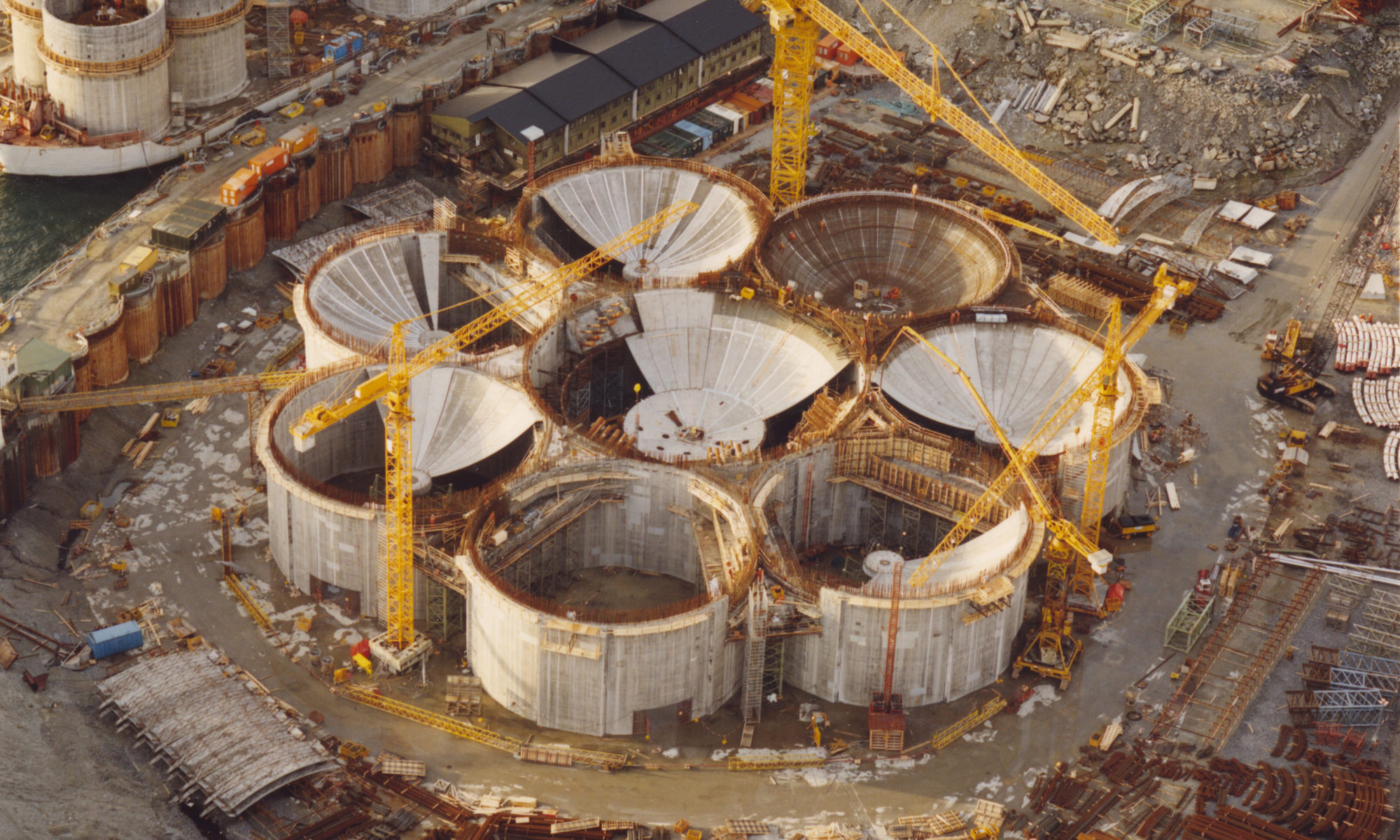 Clay also has a tensile strength which can help to counter the burden of short-term loads such as breaking waves.

A steel skirt had been incorporated beneath the storage cells on a number of earlier Condeep concrete platforms to ensure stability. The steel skirts are suitable for sandy soils.

Gullfaks C was the first of these installations to feature an integrated concrete skirt, which thereby formed an extension of the cylindrical cell above and naturally had to cope with the loads placed on it.

But questions were posed from certain quarters about the suitability and strength of these skirts, including a British consultant who warned Gullfaks C operator Statoil against them.

Olav Olsen’s company invited this critic to a meeting where a Statoil representative was also present along with Olsen himself and his son Tor Ole Olsen.

The British visitor had prepared well, bringing with him a suitcase full of modelling clay and the cut-off bottoms of plastic bottles (which had appropriately held various oil products).

By pressing a bottle base into the clay, he was able to demonstrate that the skirts deformed severely. The side of the bottle bent as the pressure increased.

With a doctorate on shell structures and the insight and experience conferred by many years of development work, Olsen immediately saw that the plastic bottles lacked an important component – stiff wall-bottom connection.

He demonstrated this by taking one of the cut-off bottles, filling clay into the bottle bottom to stiffen the wall and then pressing it down on more clay. The skirts (bottle sides) now retained their shape.

Olsen had thereby used the critic’s own toolkit to demonstrate the applicability of the skirts, and the British consultant’s warnings were silenced.

The Gullfaks C, Draugen and Troll A platforms all incorporate long skirt piles, and all have operated on the Norwegian continental shelf for more than 20 years.

The skirts on Draugen are 16 metres high and penetrate nine metres into the seabed. Their construction in the dry dock at Hinna in Stavanger is clearly illustrated in figure 2.

Field: Platforms
The architect’s role
Combining good and pleasant accommodation with safe and effective access to work areas was a key requirement in designing the living quarters for the Draugen production platform. Bernt Bekke landed this job in 1988.
Field: Platforms
The topsides – design and content
The Draugen platform’s topsides – the part which rests on the concrete gravity base structure (GBS) – is based on an integrated design. That gives a compact solution with no use of modules.
© Norsk Oljemuseum
close Close